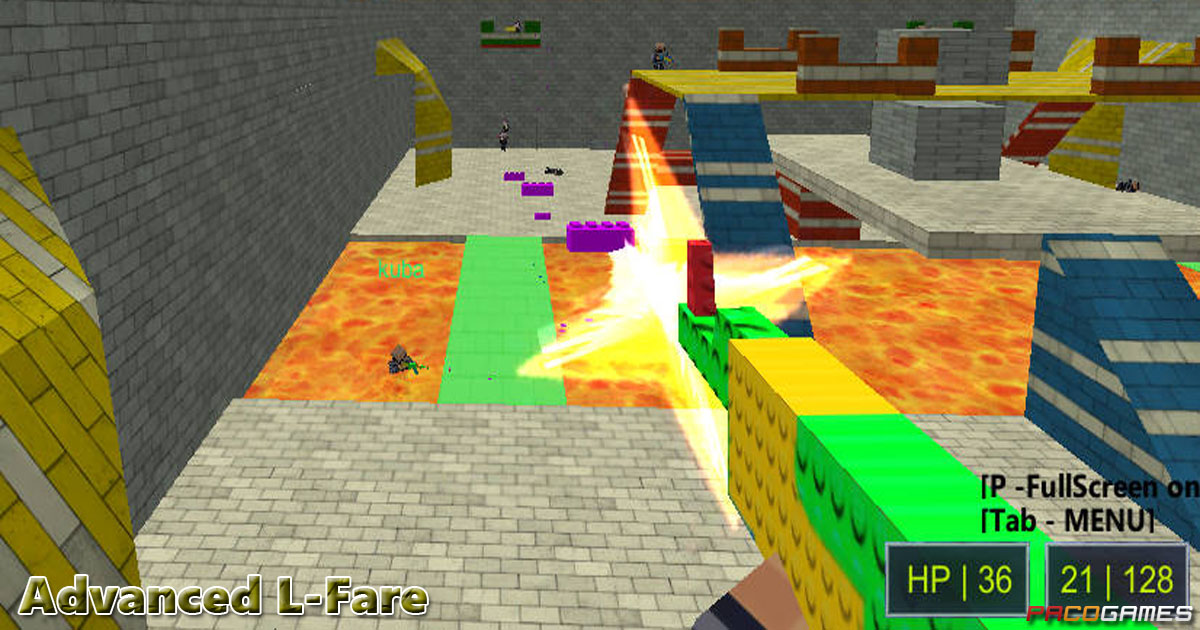 The game Advanced L Fare is not just an ordinary 3D multiplayer shooter. Advanced L Fare offers a total of ten maps with beautiful graphics that look like they had been built from box of bricks, and on each one of them, you will be able to try out mode called "fight with a girl", where you will appear in the middle of a fierce fight against the girls and their shopping handbags. Do not get fooled, the girls can hit hard, according to what those, who already got hit from them, told us. It seems that they have bricks in those handbags, so watch out, and do not get one right in your head. Now, it is only up to you, which side you decide to join. Hopefully, you will be at least a bit satisfied with the fact that you can use against them a shotgun or a good old AK. Anyway, I would definitely recommend to avoid short-range fights. Have fun.