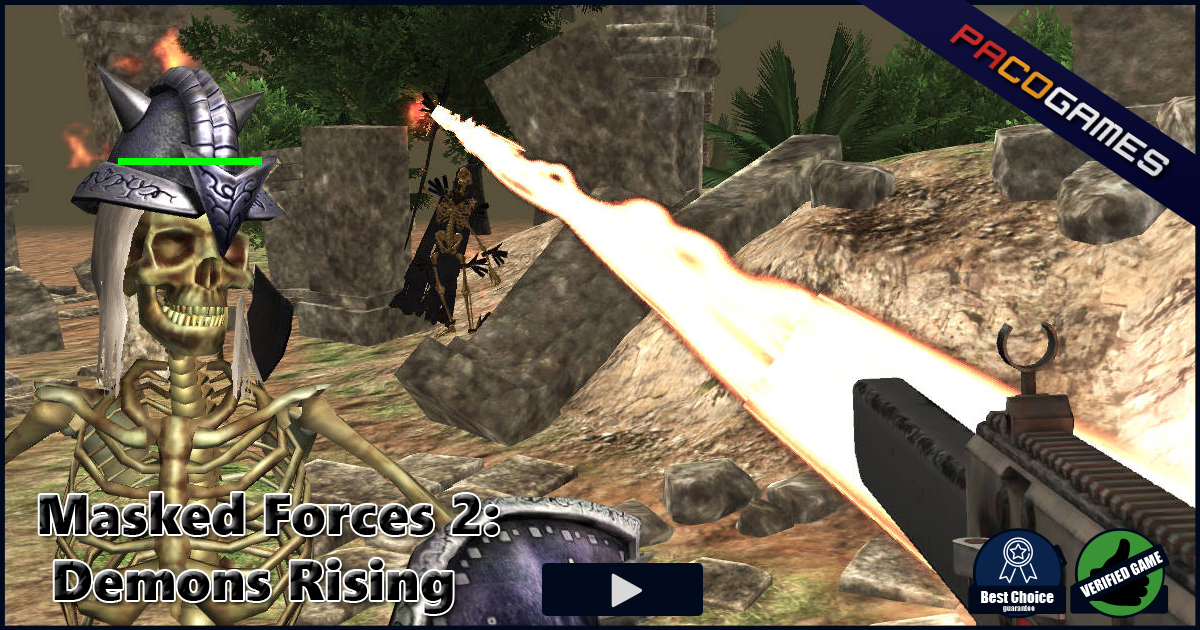 The world is no longer as it used to be. Joy disappeared. Everywhere is just hatred and darkness. No smiles, just worries. Hope has faded away... Demons rised! Dark beings so powerful that most of the population has already succumbed to them. Only the greatest heroes are still trying to stand against them, but yet, with no success. It is a time to put the forces together and defeat the enemy together as one team. Join forces with other players or your friends and fight together against waves of demonic enemies. Undead wizards, skeleton warriors, mutated monsters, is that all? No way! This is demons rising... Have fun.