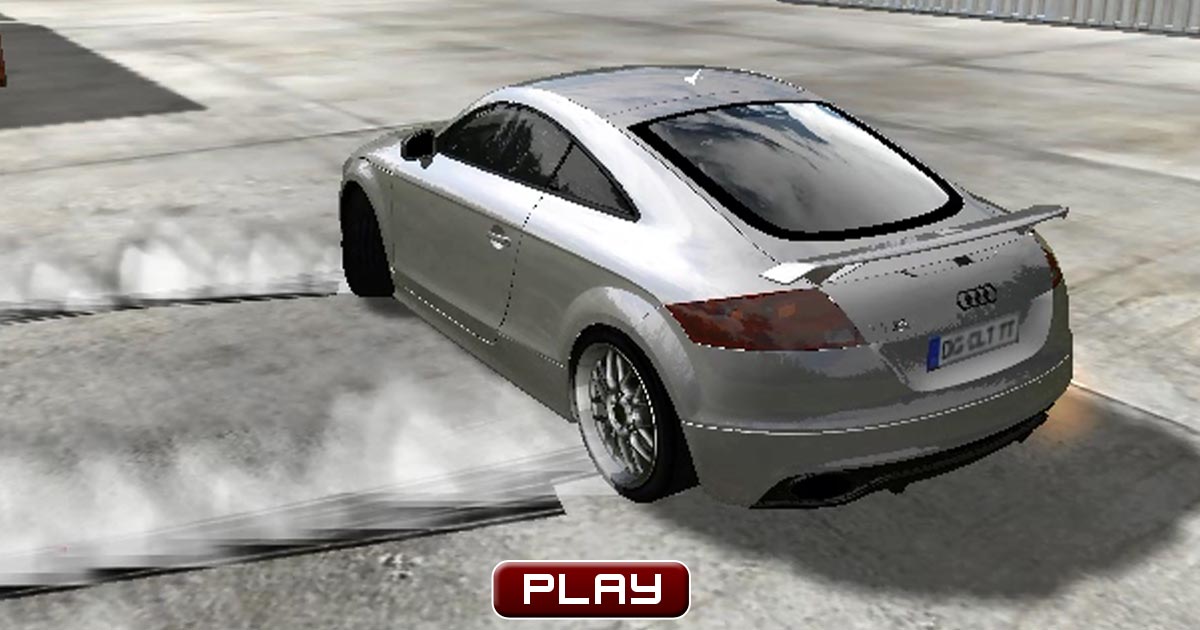 Some say that Audi TT is car for girls. Yes, first generation looks so. Anyway second generation of the car is already more angular and the latest, third generation, looks really cool, maybe even as a car for men. Either way, one model has always been typically male. It is model RS (introduced in 2009) based on second generation of Audi TT. This car was the first ever compact sports car by Audi. It contains 2.5 litre five cylinder turbocharged petrol engine with maximum power output 340 PS. Transfer of power to the road is via Audi's system called Quattro (=4x4 drive). That allows to achieve speed 100km/h in less than 5 seconds and top speed is factory restricted to 280 km/h. Now you can enjoy this car at an empty warehouse. Ehm, empty, there are some containers. Performance of the car has been a little bit reduced for this space. Anyway I can say, that you can go also out of the warehouse. There is a space between two containers somewhere at the warehouse. Can you find the place? Or just have fun during drifting. Have fun.