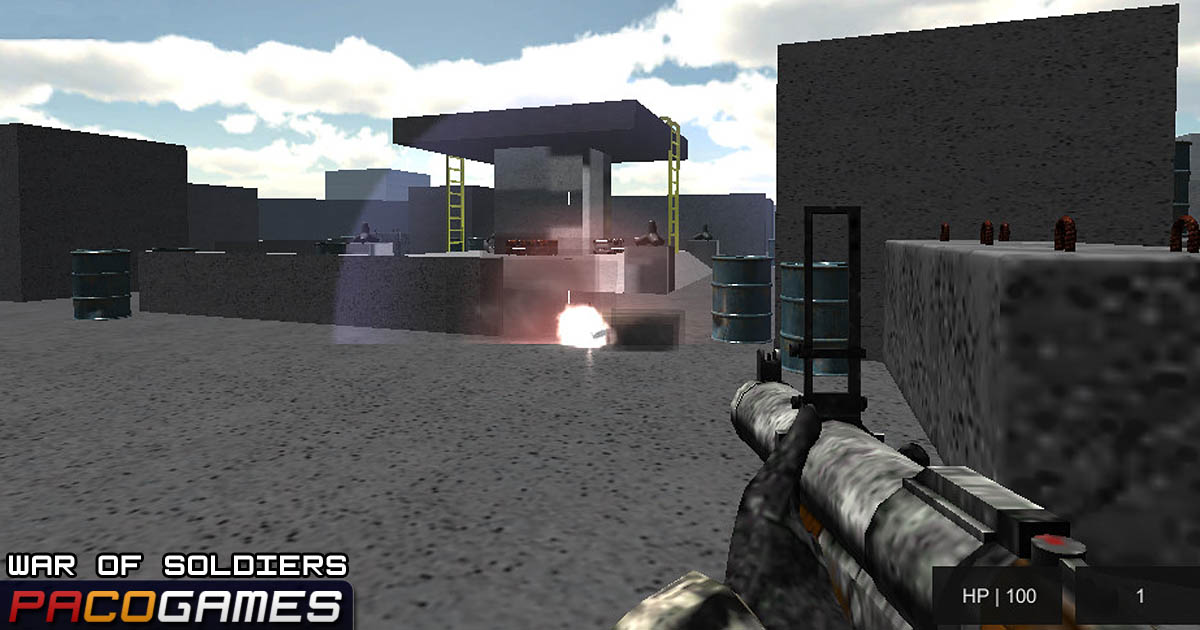 Join a war conflict between East and West and compare your fighting skills with other players in the world. This game contains six various maps, nine weapons to shoot from and two modes to play. The game is also optimized for smooth running on low-performance-computers so almost every player can play this game with high FPS. This together with fullscreen mode (right mouse button => go fullscreen) gives awesome gaming experience. As is already customary, each player who play the game at pacogames has an advantage above others - this time it's again more weapons. Feel free tommake a registration and start playing for points which will allow you join to rooms with better players. Have fun.

Opmerkingen over War Of Soldiers